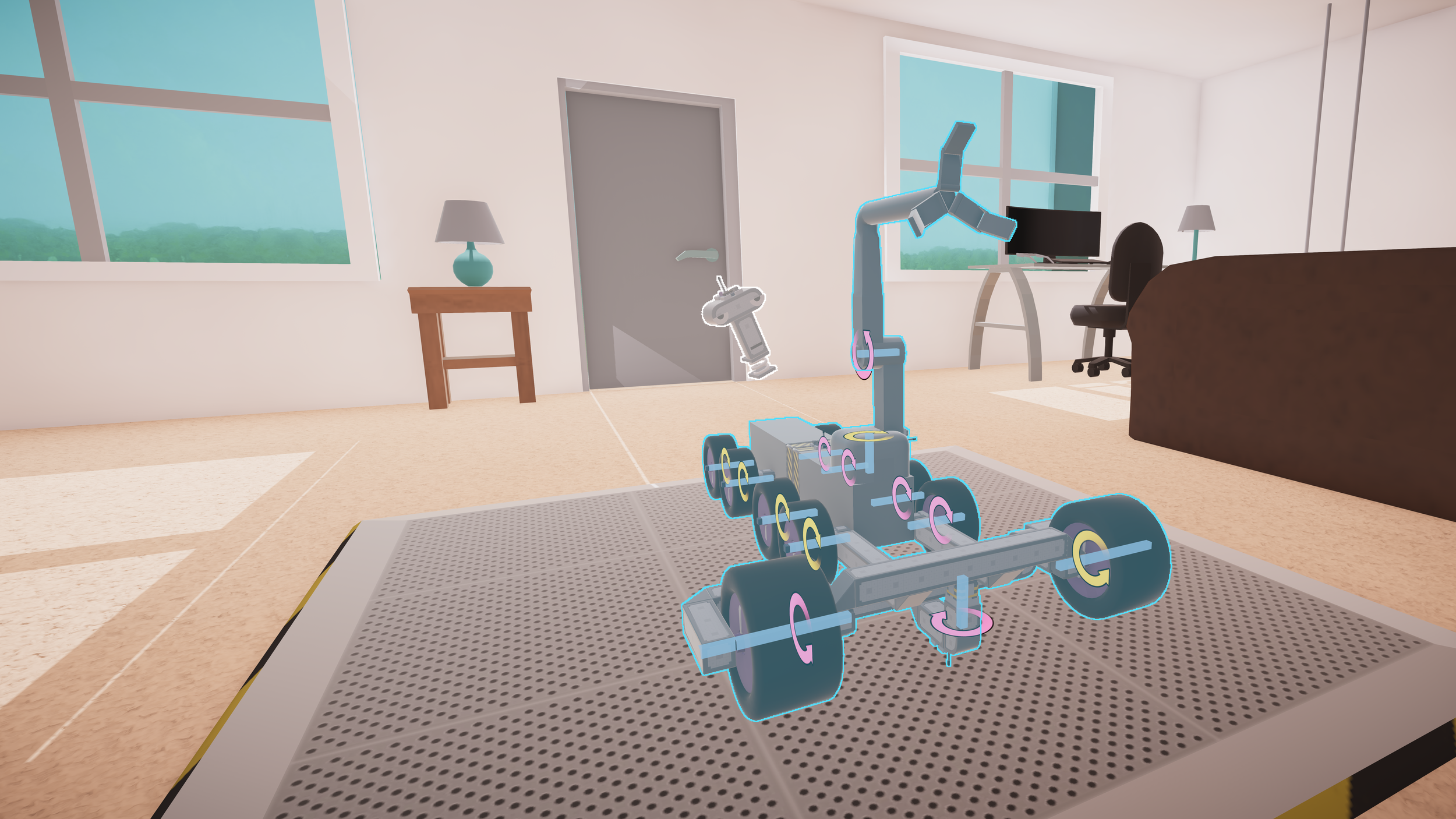 One of our initial inspirations for RoboCo was the type of challenge you’d find in a robotics competition – for example, you might be tasked with building a robot that can pick up a cube and move it efficiently to a goal. RoboCo found its voice when we decided to combine this style of engineering challenge with (perhaps slightly ridiculous) situations where you serve squishy, hapless humans in the world of tomorrow.

We thought to ourselves – “Why pick up a cube and put it inside a box, when you could chase a chaotically destructive baby around a house and put it to bed in a crib?” At the RoboCo robot prototyping corporation, these are the sorts of human problems you design your robots to solve. Your designs are shipped out to the world, turning humans everywhere into happier and lazier participants in our gloriously automated future!

We made this first challenge as a proof of concept demo that potential funders could play in a few minutes. As such, it includes some pre-made “constructs” (groups of parts) like the claw arm to speed up the process. In the final challenge, you might build the grabbing mechanism yourself, but this will give an idea of what a Robo challenge will be like: