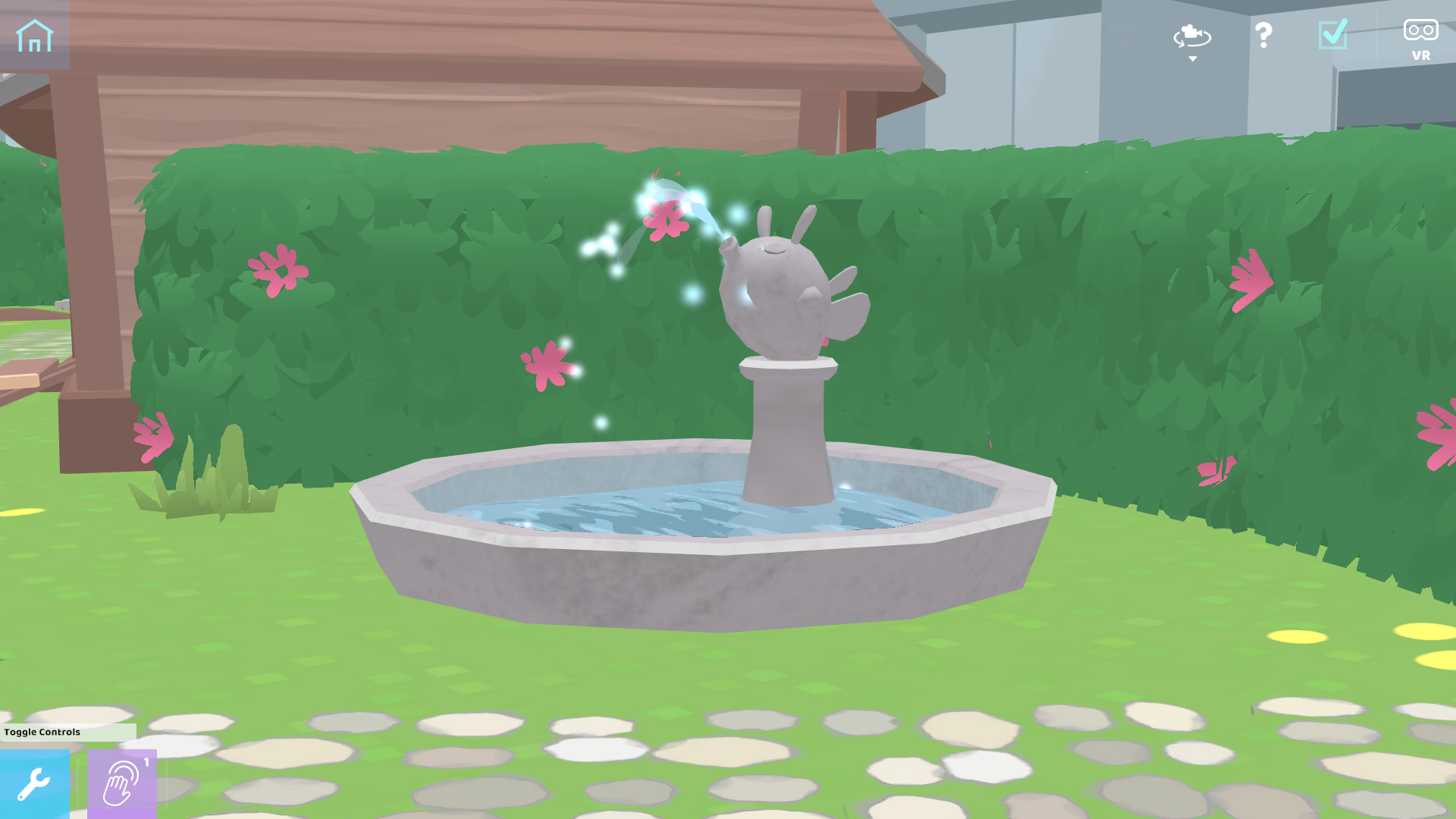 For those who haven’t met him, Demetri joined Filament Games in 2021. Aside from creating 3D assets (including environmental resources and cosmetics) for RoboCo, Demetri has also lent his 3D modeling skills to the upcoming Otter Planet and a ton of other cool projects. A fun fact about Demetri – he was part of an archaeological excavation in the Aegean, where he helped dig up a Byzantine-period grave containing seven skeletons 🦴

Nicole: Thanks so much for joining me today to talk about Chrome Thumb, Demetri!

Demetri: Happy to be here, Nicole! I’ve got a lot of exciting things to talk about, so I’m pumped!

Nicole: Let’s get straight to it then! However, before we talk about Chrome Thumb, I’m wondering if you could explain what exactly a 3D artist is and your own personal history with RoboCo?

Demetri: Originally, I was brought onto RoboCo to help design new cosmetics, like some of the sci-fi cosmetics you’ve seen in previous devblogs. I’ve also helped a lot with set dressing, or building visual assets for current campaign challenges. In fact, Chrome Thumb isn’t the first level I helped redesign! I also worked with Luke Jayapalan and the rest of the team to help build parts of the reimagined Freights in High Places.

Nicole: What does that process of designing new parts look like then?

Demetri: Usually it starts with Luke or another team member coming to me with an idea for a part. Sometimes it will come with a reference image, other times it may just be a description of what the part is supposed to look like and/or needs to do. From there, I’ll sketch what I think the part will look like or pull up reference images of similar real-life objects. Once we’ve then agreed upon the drafted concept, I’ll then model the prop in something like Autodesk Maya, Zbrush, or Blender. Since I have some Unity experience, I can then take that model asset and put it directly into RoboCo, where I play around with it until it’s perfect.

Nicole: So what was the inspiration behind making all the new art assets for Chrome Thumb then?

Demetri: Chrome Thumb has been through a lot of iterations. Before I got to it, it was a lawn mowing challenge, something long-time fans may remember. It then evolved into a gardening challenge, with the goal evolving from cutting grass to tilling soil and planting seeds. The issue became that there was some dissonance in the  visual direction, as many objectives and secrets were scattered around the environment. Because of the work I’d previously done on Freights in High Places, they decided to bring me back in to help fix that!

Nicole: I can imagine that was a very challenging task, given how different Chrome Thumb is to many of the other levels in RoboCo.

Demetri: It was, but that’s what made it super fun! Many levels take place in warehouse environments, so I really wanted to create this large, organic environment to help differentiate this level from all the others. Originally, Luke and I talked about turning Chrome Thumb into a bayou or Wild West themed environment. While the bayou idea was eventually scrapped, we did like the idea of a farmhouse and eventually added some city park elements to create the Chrome Thumb level you see now.

Nicole: Is that where you got the idea for the hedges?

Demetri: Kind of. We wanted the level to be open but not too open if that makes sense? When we had Roma Jensen (another artist at Filament) come in to work on color palettes and artwork to flesh out the space, I was thinking up ways to cleverly provide players direction on where to go without necessarily telling them where to go. Originally, I used wooden fences but then decided on hedges because it communicated the organic theme of the level better. These hedges work as a sort of maze (like the Third Task of the Triwizard Tournament in Goblet of Fire) with each section leading a player to a secret or showing off a cool asset we made.

Nicole: Speaking of player interactions, are there any cool new ways for players to interact with the level that weren’t there previously?

Demetri: The dirt! I’m so proud of the dirt particle effect I made. Because we changed the goals of the level, Luke and I collaborated on a new part called the rotary blade, which is used specifically to till soil. When a player passes over a dirt mound with the rotary blade, it creates this awesome effect that causes dirt particles to fly into the air, making the whole process of tilling the soil really immersive. I spent almost a week working on that by itself and it was very much worth it!

Nicole: Was that the most challenging asset you made for the level then? Or were there other things even more time-consuming than that?

Demetri: The hedges were probably the most time-consuming. Partially because, as I said earlier, we wanted to find a way to divide up the level and provide direction without being too obstructive. Additionally, the whole level didn’t really come together until after I brought the hedges in, so choosing what they looked like and, more importantly, where I wanted them to go really dictated what was available for me to do in those cordoned-off spaces.

Nicole: By contrast, what art did you have the most fun making?

Demetri: I have a particularly soft spot for the gnomes. Not only because they guide players to a secret but also because they spawned a Slack emoji in Filament Games’ internal messaging channel. I also put a basil plant in the greenhouse, which has a lot of personal significance to me. I’m Greek, and basil is a commonly used herb in Greek cooking, so showcasing a plant that was a must-have in my family’s own garden was really cool.

Nicole: Final question for you, Demetri – are there any secrets or fun facts about the level that you can mention/

Demetri: I don’t want to dive too much into it because it’s honestly super cool, but there’s a fake floor somewhere in the Chrome Thumb level that players can access. Also, a fun fact for players that might have played the Across the Goo Challenge is that the water effect used for the Filabee fountain is copy-pasted goo, so maybe don’t drink the water unless you’re REALLY thirsty.

Nicole: Thanks so much for joining us today, Demetri! I’m so glad we got to go more in-depth into how you guys think about and design RoboCo challenges!

Demetri: No problem! Thanks for having me!

And that’s it for this week’s devblog! What new art asset for Chrome Thumb was your favorite? Let us know in our Official RoboCo Discord or on social media! Next week, we’re continuing our art trend and showcasing a brand new (and extremely versatile) Paint Tool feature – the Color Hue Picker!